This book can be read as a standalone novel. There are appearances by secondary characters featured in prior books in the series which you may enjoy more when read in order, but everything you need to know to enjoy this story is contained in this book.

The best things are worth waiting for.

Tom London has done a pretty damn good job. Despite an illness that stole his young wife years ago, he’s raised his biological son, and several adopted ones, to be fine men. The Hot Rods might be unconventional, but they’re hardworking, hard-playing, and hard-loving. Tom couldn’t ask for anything more—except perhaps an equally fierce love of his own. And he’s got his eye on a luscious candidate. Ms. Wilhelmina Brown, a longtime widow with more than enough sass in her step to take him on.

Willie has a lot in common with Tom. She’s raised two wonderful daughters, both now married into the Hot Rods family, and lived through her own tragedy, having lost her husband in a horrific accident. More than two decades later, she and Tom still live with the ghosts of their pasts, but she’d have to be dead herself not to feel the man’s effect on her libido. They already share a mutual respect; perhaps they can each be what the other needs in more tangible ways…

As Tom and Willie take one step closer, an explosive revelation shoots them several steps back. But that bombshell turns out to be just a precursor to something potentially worse…potentially deadly…and potentially enough to keep the mature lovers apart forever. 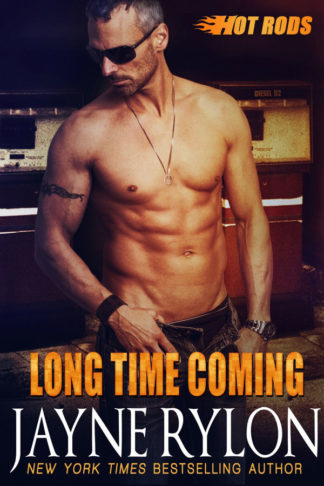