Nothing can bring her to her knees—except a dose of her own medicine.

Determined to protect her charges, Lily plays a dangerous game, cozying up to the drug’s creator while secretly smuggling victims to safety. It’s a war she’s losing…until the night she spots an undercover cop at what is supposed to be a private bash.

Blind luck scored Jeremy Radisson the break he needed to get close to Morselli. Gaining the kingpin’s trust, though, means revealing parts of his past as a legendary Dom. And teaming up with a woman who doesn’t have a submissive bone in her body, yet dominates his every fantasy.

When Morselli unexpectedly changes the rules, Lily and Jeremy find themselves pitted against each other in a wicked game of who’s-on-top. Lily’s forced to make a desperate choice to prove her loyalty. Jeremy relies on every ounce of his power to keep her safe without blowing their cover while praying they survive long enough to find out if she’ll kneel for him…forever. 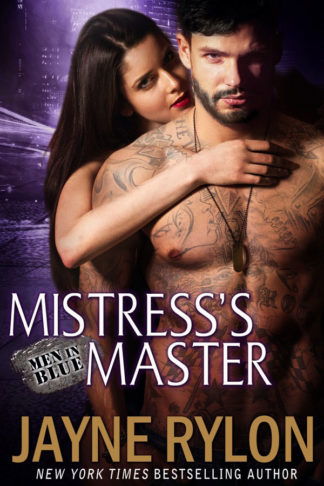