Conn Hennessey suffered nine hundred years trapped in a godforsaken painting. Halloween magic gives him one chance at freedom. With just twenty four hours to break the spell, by convincing the woman he loves they belong together, a day never seemed so short.

Dana Kavanagh wishes she were gullible enough to believe her sexy stranger’s story. He looks and acts like the man of her dreams but magic, time travel and a pissed off witch seem farfetched. Afraid of looking like a fool if it’s a hoax, can she live with the consequences if she’s wrong?

The clock is ticking…

Amystia didn’t think anything could be hotter than five-thousand wild years of passion with the most powerful vampire on Earth. Then she and her mate, King Dagan, began a steamy affair with his closest advisor. Threesomes with her two lovers were never supposed to be more than fun but, somehow, both her and Dagan’s feelings have blossomed into something deeper than respect and friendship for Warren.

As they are on the cusp of proposing a more permanent relationship, a terrible accident destroys all plans for the future. Dagan’s life hangs in the balance. In a desperate bid to save him, Amystia and Warren invoke ancient magic through a steamy ritual. If they fail, they’ll all be doomed to eternal darkness. If they succeed, can their eternal love rise from the ashes? 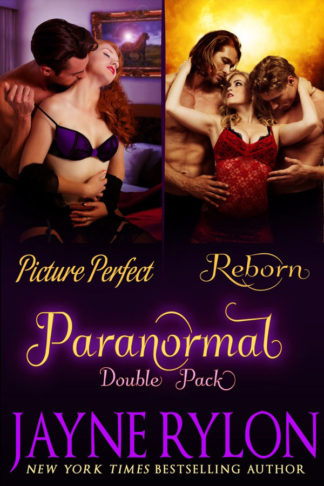